SPEAK TO AN ATTORNEY

Divorce is hard for anyone to experience, and can affect people both emotionally and financially. If you are going through a divorce you are not alone. Approximately half of marriages in the U.S. today end in divorce, and even the rich and famous experience the same feelings and processes. If you turn on your television, check out the internet, or just listen to the evening news, it seems that almost every day the media reports of another celebrity couple filing for divorce. Recently, celebrities such as Paul McCartney, Britney Spears, Alex Rodriguez, Christine Brinkley, Bill Murray, Kiefer Sutherland and Hulk Hogan have all experienced divorce proceedings.

While celebrities may have more assets and fame than the large majority of people going through a divorce, they file the same pleadings, go to the same court houses, and deal with the same issues. Ultimately, a judge will determine how their assets and debts are divided, and how custody of their children will be decided. At Katz and Bloom we are no strangers to high profile cases and have handled divorces and family law cases involving television personalities, musicians, government officials and other people who are in the public eye.

Whether a case involves millions of dollars, children who are hounded by the media, or just a blue collar worker trying to make ends meet, the laws applied by the court are the same. The best interests of a child are the paramount concern for any judge in any family court. Also, the court must divide a couple's property and debts fairly and equitably.

While a celebrity divorce may generate more publicity and interest that Mr. and Mrs. Smith's divorce proceedings, the court's concern in all such cases will be justice and fairness.

Jay R. Bloom has been an Arizona Family Law attorney for more than 19 years. He has successfully negotiated and litigated hundreds of family law cases. He was admitted to the Arizona State Bar in 1995 and admitted to the United States District Court, District of Arizona in 2007.

Thank you for contacting us. An attorney will get back to you shortly.

Please complete all required fields below.

We Are Family Law

SPEAK TO AN ATTORNEY 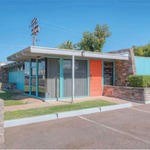